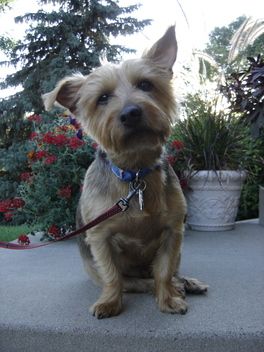 Maybe you are thinking,"where the heck did you get the name Hezzie"? Well, there was an awesome musical group named "﻿The Hoosier Hot Shots﻿". It was originally a brother act and their tag line was "Are ya ready Hezzie?". (Their version of "Who's Sorry Now" was used in the 2008 movie "Leatherheads".)  Paul was one of the brothers and being younger he was relegated to doing the laundry and other chores. It was there that Paul's rhythmic talents were discovered on the washboard. Before long he was playing his "wabash piano" and using his real virtuosity on a slide whistle. Paul got the nick name Hezzie from playing the Biblical character Hezekiah in a play as a boy. When I saw my dog as a pup I knew he was a Hezzie.
When I was looking for a dog I found him on craigslist. The people I got him from only had him for a month- they had named him "Lucky". (I think he's lucky he got me) The couple were nineteen and in love and what is more romantic than a puppy peeing on your floor? The only papers they had for him were from the puppy mill they got him from. Supposedly he is a Yorkie/Silky cross, but I call him a "Notsure Terrier". He is a very smart, bossy, and comical dog- a regular twenty pound Marley.
Here is Hezzie keeping me company on YouTube videos "Pennies From Heaven", "I'll see You in my Dreams" and  "My Baby just cares for Me" 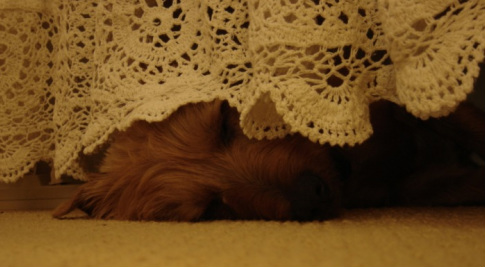 Here is Hezzie sleeping under our bed. It is one of his favorite hiding places. Sometimes he is not so hidden. 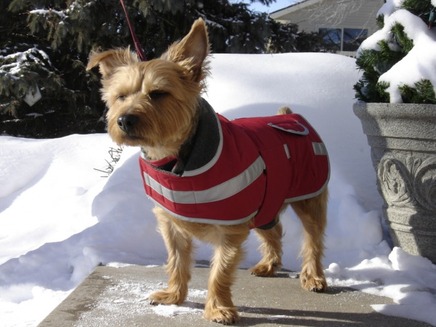 He may think he hears the "Call of the Wild", but it's usually the pizza man. The day the picture was taken it is zero degrees out. This coat keeps him warmer and safe when we walk in the dark- it has great reflective strips on it. We got it from Duluth Trading. (They have great human clothes too.) 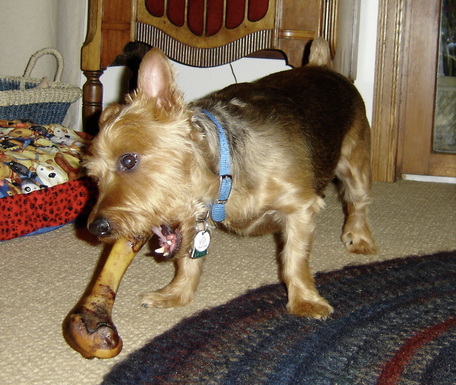 Hezzie enjoys a bone...... He says, "eating an elephant is easy. You just do it one bite at a time."  He may be on the small side, but he thinks big.

Below is a file depicting who Hezzie is like in the comic strip world. While he is nosey, he is no Snoopy... 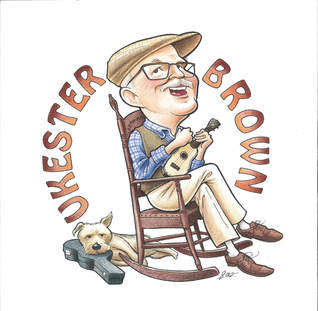 ​Hezzie is the star attraction on
the case stickers I give out.
He loved laying his head elevated
on a pillow and many times used
my uke case for that purpose.
The artist Jas Ingram captured Mr. H's  nonchalant attitude perfectly. 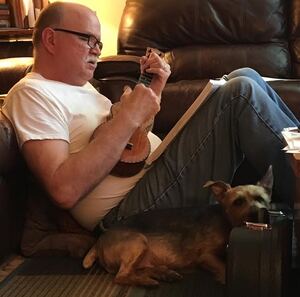 Sad to say- Hezzie crossed that rainbow bridge in August, 2017. My furry buddy will not be forgotten. 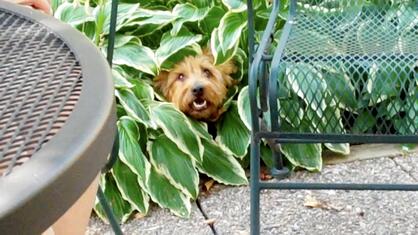 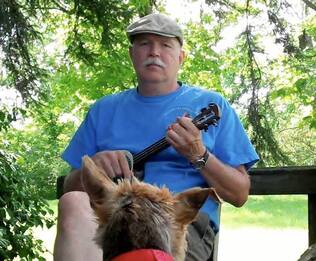 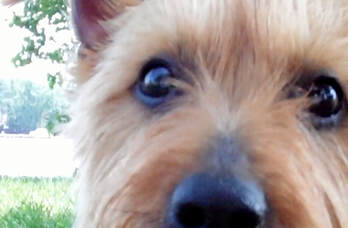 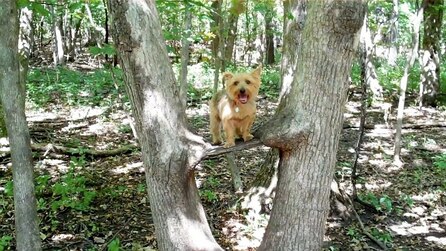 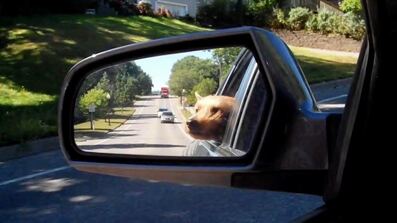