If you are in the process of hosting an event with Ukester Brown these bio and photos are for your promotional use.
​
Page updated 11/26/19

Short bio for promotional use:

Ukester Brown (aka David Remiger) got his first 'ukulele when he was about twelve years old and while he learned a few chords at that time he started playing it more intentionally about 30 years later. While reading about how making music makes all the synapses in the brain active he decided it would be a good mental exercise to take part in and he dusted off his old uke and hasn't looked back. His YouTube channel has over 2300 subscribers and almost 300 videos with many of the videos having tutorials. He calls his website (ukesterbrown.com) "a collection of everything 'ukulele". The song sheets he creates focus on classic songs, but he tries to include introductions and verses that seem to have been lost. "I love sharing the ukulele and feel blessed to have been able to teach seminars at several uke festivals and clubs."

Bio written as an interview for promotional use:

Ukester Brown (aka David Remiger) bought his first ‘ukulele at about age twelve. “I learned the basic chords and would occasionally play it from my youth to adulthood.” Thirty plus years later he picked that uke up with a new purpose. “I had a great aunt who had had dementia and I was beginning to see symptoms of that in my own mother. I had been doing crosswords and other puzzles to keep my own brain active and then I read some studies about the effect of music on brain health. The studies had shown that when a person makes music the synapse of the brain all ignite. I figured it would be a great way to help my brain health and possibly stave the onset of dementia.” He blew the dust off that uke and hasn’t looked back- “It’s too much fun to quit now!”
David’s alias “Ukester Brown” actually came about in an interesting way. His being a UPS delivery driver gave him the “Brown” for the last name and his boss had given him the nickname “Ukester” because he knew that David would use his vacation time to go to ‘ukulele festivals. “He also knew that I took a uke in my delivery truck to play during break time. When I created a YouTube account Ukester Brown seemed like a good alias to use.”
​    Ukester calls his song sheets a “framework for fun. I try to make my arrangements playable and yet leave room for other players to add their own creativity.” He also loves to find verses and intros that have been forgotten to many songs. Did you know that the songs All of Me and On the Sunny Side of the Street have intro verses? You’ll find them and a lot of other fun ‘ukulele stuff on ukesterbrown.com.

Photos for promotional use only: 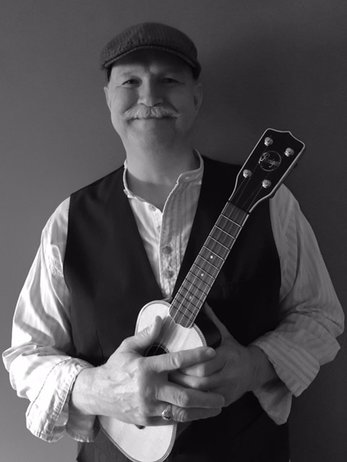 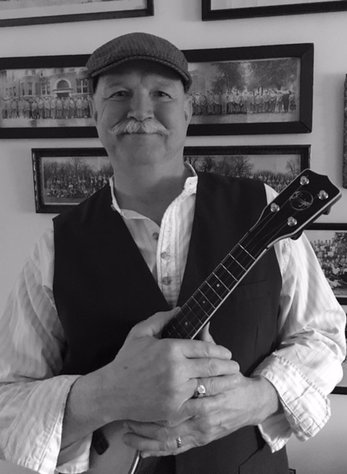 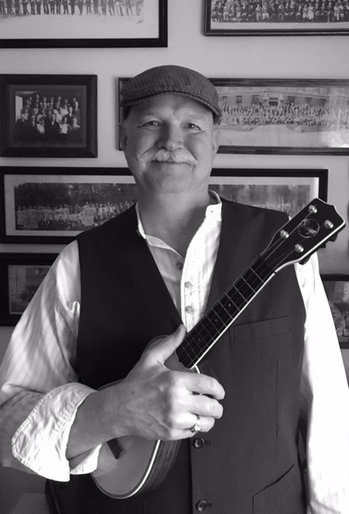 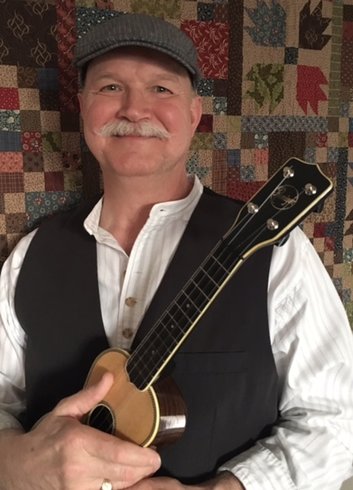 Events or clubs I have performed/taught at: